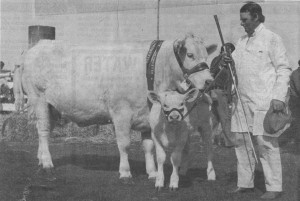 The Silverstream Charolais Stud operation was established in 1968 when Charolais beef cattle were first introduced in New Zealand.

Bruce and Maureen were at that stage dairy farming with an interest in beef cattle as a sideline. By the late 1970’s the Fishers had 60 Charolais in addition to their herd of 70 Friesians. They also had many successes in beef competitions. By 1978 Bruce was elected to council of the New Zealand Charolais Breeders Association. Maureen was just as keen to popularise the Charolais breed just as much as Bruce so through the 70’s and 80’s they entered many shows and beef competitions to help promote the breed.